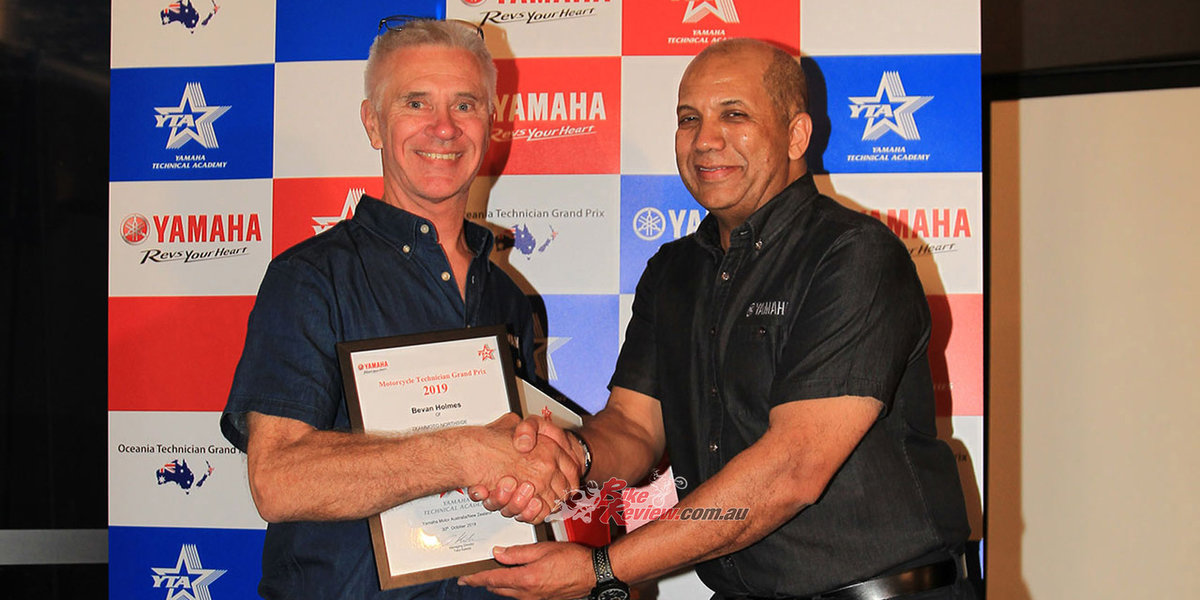 A highly trained field of six Yamaha Technician Academy students battled it out over a full day of 30-minute pressure-test tasks covering everything from fault diagnosis through to customer service, all under the watchful eye of experienced judges. Holmes managed to hold out a fast-finishing Lincoln Brien from Chris Watson Motorcycles, who claimed the runner up position.

Holmes will now pitch his skills against the world’s best Yamaha technicians at the World Technician Grand Prix to be held at Yamaha headquarters in Japan in October next year, and admitted the nerves have already started. “I’ll be working closely with Carl Rollinson from Yamaha Motor Australia between now and when I leave for Japan so I can be fully prepared. I’m looking forward to it and can’t wait to get started.”

From the team at TeamMoto, we are very proud and wish you all the best in Japan at Yamaha headquarters when you represent Australia at the international competition.