Kawasaki set out to dominate the Supersport range with more specials and new MY19 models than you can poke a stick at.

Check out this bumper article below to find out everything new to come out of the Kawasaki world, and dive deep into the best that the Green racing giant has to offer.

Is there a particular story you're looking to read? Jump ahead by clicking one of the below

Celebrate FOUR World Superbike Championships in a row for Jonathan Rea with a brand new Kawasaki ZX-10R Standard, KRT, Special Edition or RR model, and enjoy $1500 bonus across the range!* 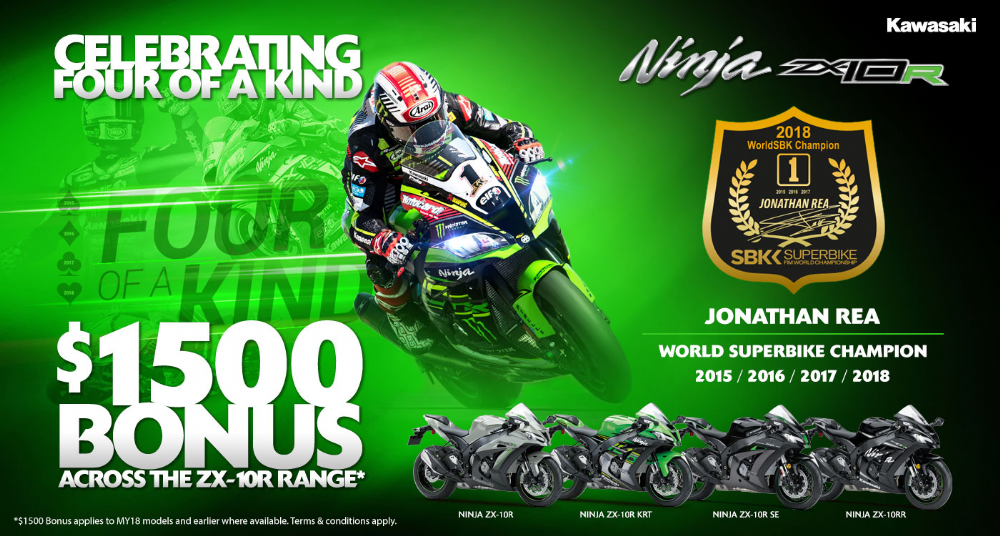 *$1500 Bonus applies to MY18 models and earlier where available. Terms & conditions apply

With race-based engine and chassis performance optimised for the street, the Ninja ZX-6R offers riding exhilaration in a wide range of riding situations. While its roots give it a high potential for track riding fun, its street-riding focus make it the 600cc supersport of choice for a day in the twisties. 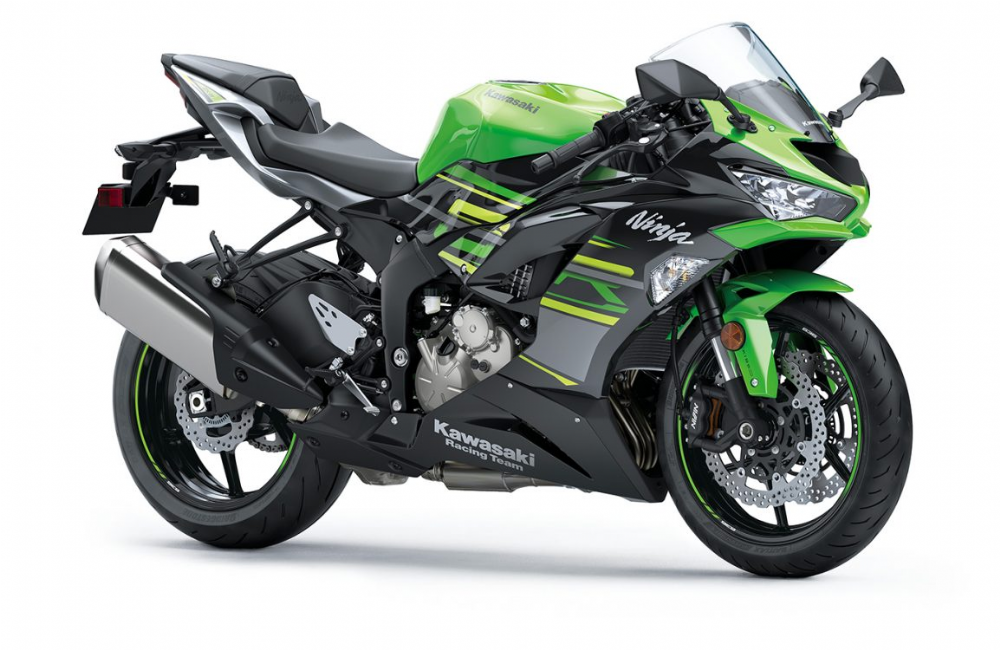 The advantage offered by the Ninja ZX-6Râ€™s 37 cmÂ³ greater displacement is significant for real world riding exhilaration. Greater performance across the rpm range is welcome when sport riding, both in the hills and on the racetrack

Shorter gearing care of a revised final ratio further emphasises the engineâ€™s strong low-end. Well suited to the Ninja ZX-6Râ€™s street focus, this change promises even more fun on the street and on winding roads.

Race-developed perimeter frame is the key to the Ninja ZX-6Râ€™s superb balance of flickable handling, mid-corner composure and an ability to change lines on command, coupled with excellent chassis feedback.

Sophisticated instrument design features a large analogue tachometer flanked by warning lamps on one side, and a gear position indicator and multi-function LCD screen on the other. Newly added features include a fuel gauge and remaining range function.

Kawasaki and the ZX-10R Dominate WSBK with 4 Championships

Jonathan Rea (KRT) secured a famous fourth FIM Superbike World Championship title at Magny Cours by winning his 13th race of the season on his Ninja ZX-10RR. Rea is the second rider to have won four WorldSBK titles, but the only rider to have won four in succession. Tom Sykes (KRT) was a strong second in the 21-lap race, having earlier set a new track record while earning his 47th career Superpole win.

Jonathan Rea (KRT) secured a famous fourth FIM Superbike World Championship title at Magny Cours by winning his 13th race of the season on his Ninja ZX-10RR. Rea is the second rider to have won four WorldSBK titles, but the only rider to have won four in succession. Tom Sykes (KRT) was a strong second in the 21-lap race, having earlier set a new track record while earning his 47th career Superpole win. 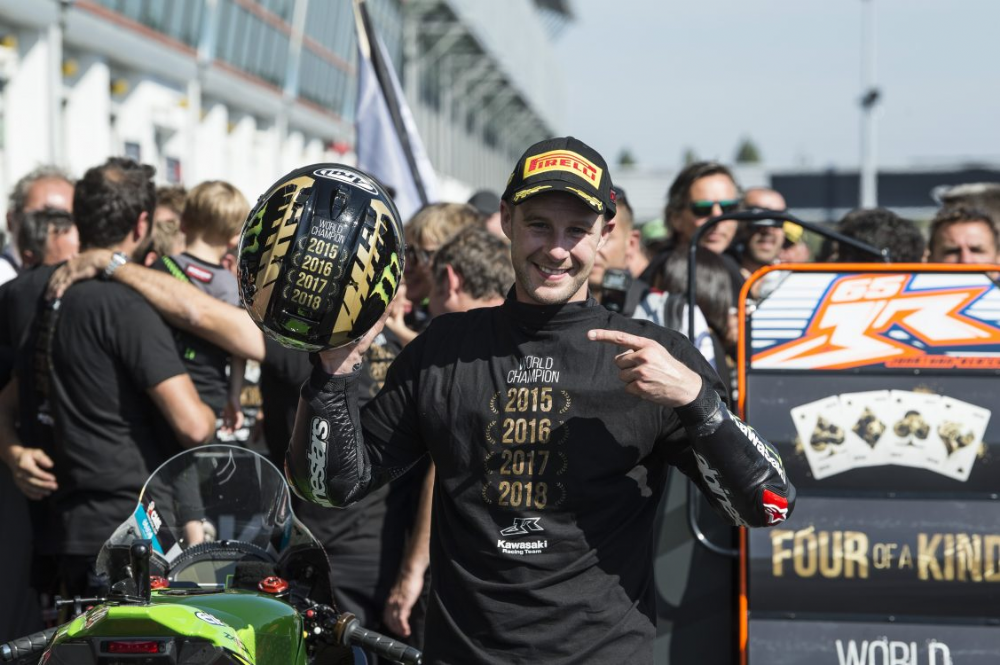 With Sykes and Rea 1-2 after Superpole, and both well under the existing lap record, the KRT duo took the race to their competitors from the startline. Rea passed Sykes early in the race, into the Estoril corner, and he ran up front from then on, sometimes at lap record pace. Rea set a 1’37.152 on his eighth tour of the 4.411km circuit to score his new lap record.

Rea’s win gave him 130 podiums in WorldSBK, bringing him level to the all time record, which he now shares with Troy Corser.

On the slowdown lap Rea celebrated his championship win with a game of cards against three of his own ‘alter egos’, wearing his racing suits and crash helmets representing each of Rea’s championship winning season with KRT, from 2015 onward. 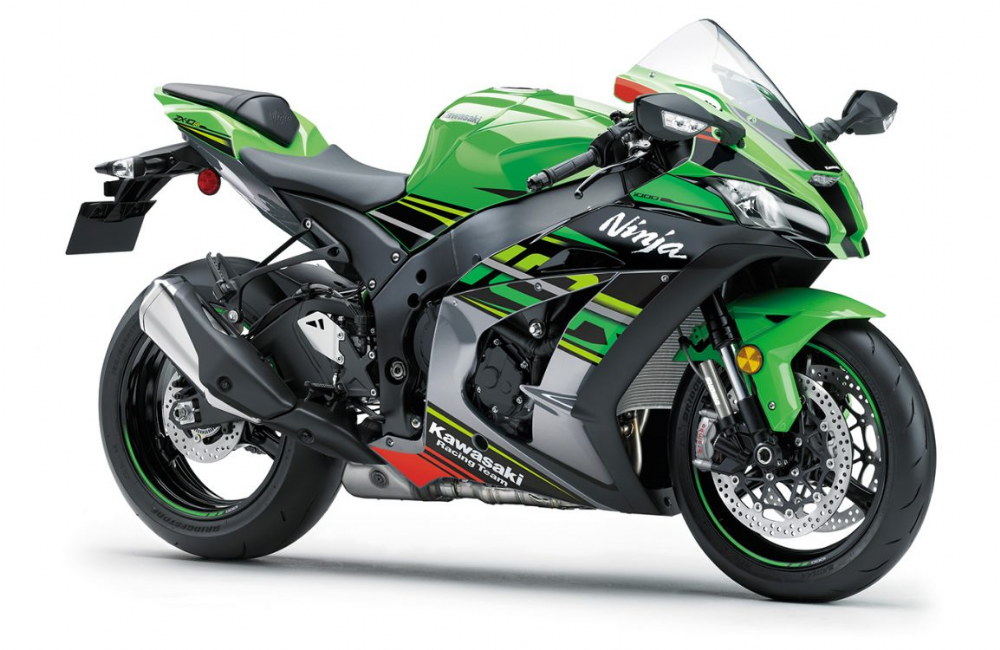 A change to finger-follower valve actuation and other updates increase the Ninja ZX-10Râ€™s engine performance. Peak horsepower is higher: now 203 PS, which can easily be augmented care of a full race exhaust. However, the changes benefit performance across the rev range, delivering increased power at all rpm â€“ an advantage for racers as well as World Superbike teams. The changes essentially raise the flat torque curve of the previous model, so the Ninja ZX-10Râ€™s easy-to-use character is maintained while offering increased power. High-level base model features an engine and chassis with a high level of circuit potential, complemented by high-grade components like Balance Free Front Fork and BFRC lite suspension and a potent Brembo brake package. 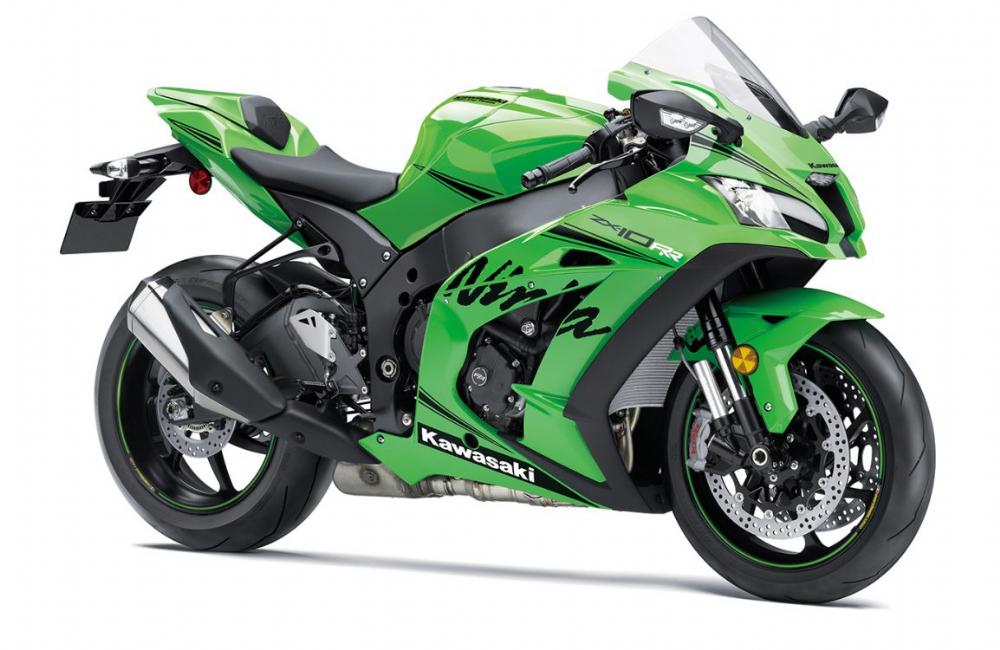 THE CLOSEST THING TO A WORLD SUPERBIKE CHAMPIONSHIP MACHINE

Based on the KRT race machine that has been amassing record after record in the Superbike World Championship, Kawasakiâ€™s trio of litre-class supersport models allow a wide range of riders to experience the thrill of exploring their limits on the circuit. Engine improvements for 2019 Ninja ZX-10RR offer increased power, with an even wider power-band both advantages that that will further increase their race-winning potential. And the Ninja ZX-10RR â€“ already one of the most potent track weapons in the paddock, and a proven championship winner receives tailor-made titanium connecting rods that benefit both engine and chassis performance, making it even more competitive. Limited-production (500 units worldwide) track-focused single seat model enhances the potential of the base model with further engine and chassis modifications, including titanium connecting rods, fine-tuned suspension settings, and forged Marchesini wheels. 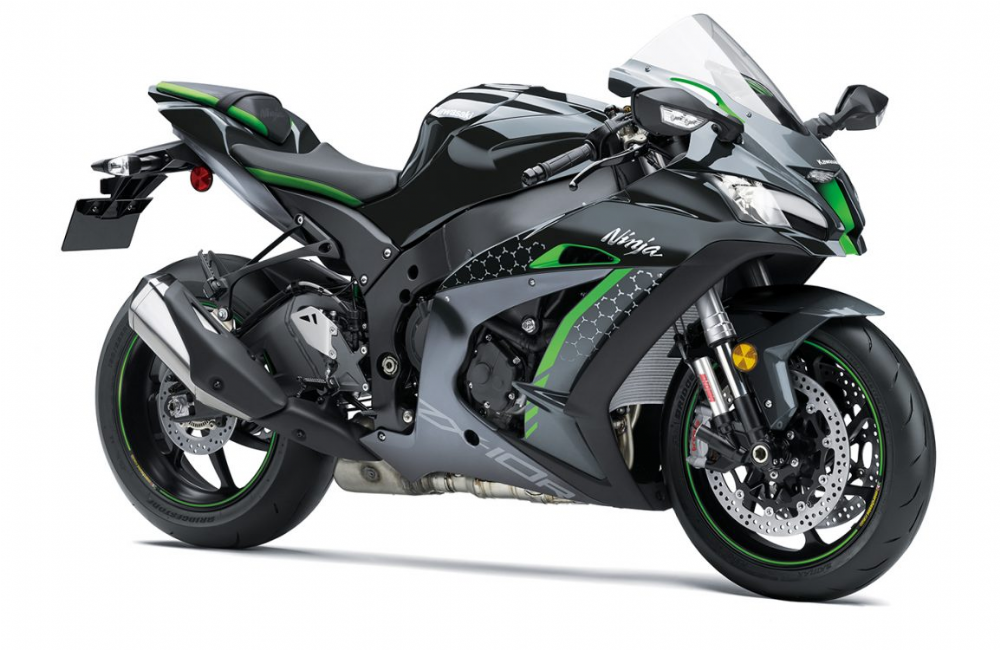 Complementing the original Ninja ZX-10R and track-focused Ninja ZX-10RR, the Ninja ZX-10R SE features Kawasakiâ€™s highly advanced electronic suspension. Both on the street and on the track, the suspensionâ€™s superb damping character offers a level of ride comfort that almost makes you forget you are riding a machine with race-ready suspension, while outstanding damping responsiveness delivers a planted feel that translates to rider confidence and further advances the ease of riding offered by the Ninja ZX-10R. For 2019 the Ninja ZX-10R SE also benefits from the ZX-10R engine upgrades and delivers 203 PS.

⇐ Back to overview