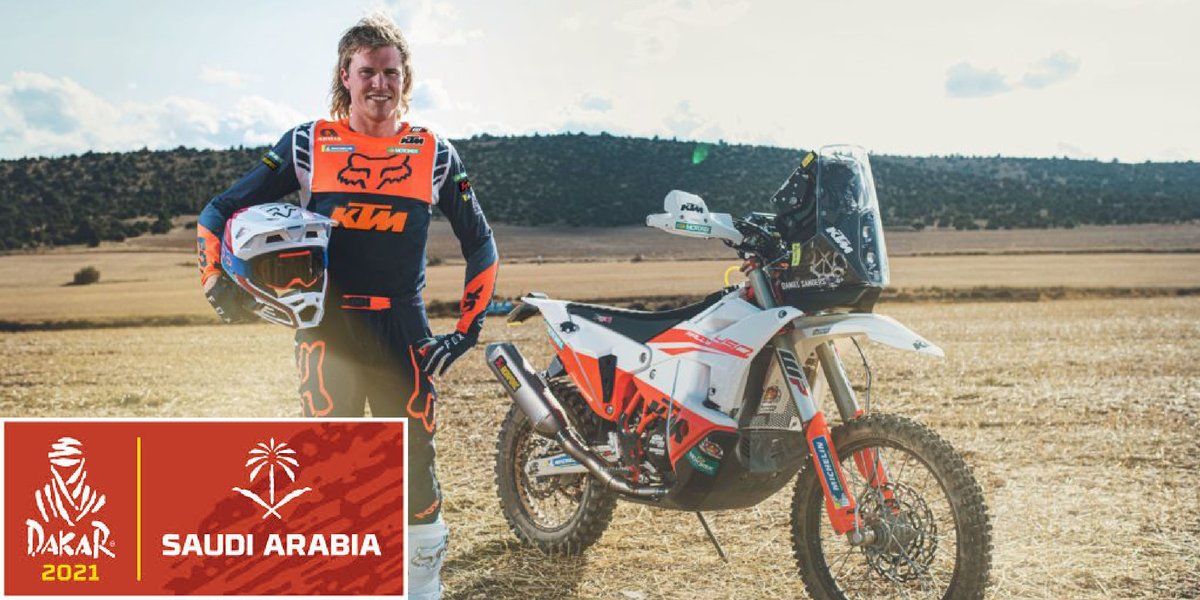 The KTM Factory Racing team announced back in 2020 the signing of Daniel Sanders, 26, to make his Dakar Rally debut in early 2021. Showing his impressive speed in the World Championship and Australia, Sanders is no stranger to high-speed Enduro racing. Former KTM Factory Racing rider in EnduroGP, Sanders claimed the AORC (Australian Off-Road Championship) E3 title and the ISDE win in 2019. With an impressive resume and wins under his belt, Sanders will be facing his toughest rally yet.

Coached under the watchful eye of KTM Rally Team Manager Jordi Viladoms, Sanders has been preparing for the Dakar Rally since late 2020. Familiarising himself with the KTM 450 rally bike, as well as building navigational skills, Sanders is confident he is prepared for the challenge. With some of the world’s greatest rally riders and previous Dakar winners as his teammates, Sanders aims to prove himself against the world's most infamous rally race. 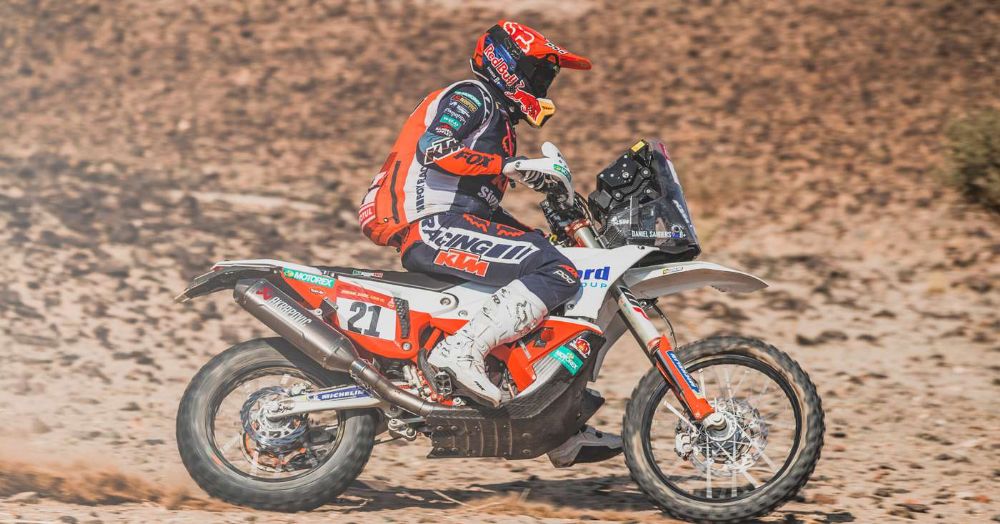 Daniel Sanders: “I’m really excited to join the KTM Factory Racing team and start my rally career. I have to admit it’s something I have always wanted to do but was perhaps planning to get into it a little later. As it stands, with the current worldwide pandemic, there’s not that much racing going on, so when this opportunity came up to join the rally team, I grabbed it with both hands! I’ve had a few days on the bike so far and some time getting to grips with the road book and I think it’s gone pretty well. The bike is great and handles so well, it’s really stable at speed. I know I have a lot of knowledge to gain but Jordi and the rest of the team have been great. I feel like I’ve fitted in really easily and it’s obvious that everyone works really hard for a common goal. I’m looking forward to getting some more time on the bike and then my first race here in Spain next month.” 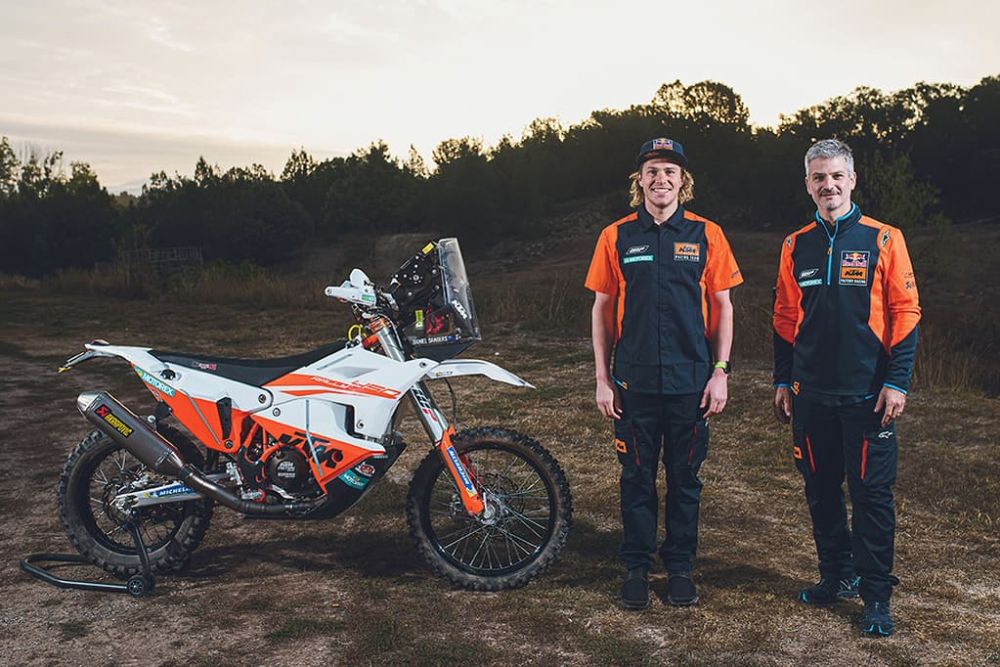 Jordi Viladoms – KTM Rally Team Manager: “It’s great to have a rider of Daniel’s skill join the team. Already he has shown he’s got really good pace on the bike but is also a very fast learner in terms of the road book and navigation. It’s been invaluable to have him here in Spain to get him up to speed with everything and meet the whole KTM rally family. The plan is to take Daniel through the same teaching procedure we have been through with all of the riders that have previously come into the team from another discipline. He will ride for the KTM Factory Racing team in a junior capacity to minimize the pressure on him and allow him to develop his skills on the bike. Hopefully, he will contest the Dakar next January and then follow our full FIM Cross-Country Rallies program for the rest of the year. We’re really pleased to have Daniel with us and can’t wait to see what he can achieve with the team.” 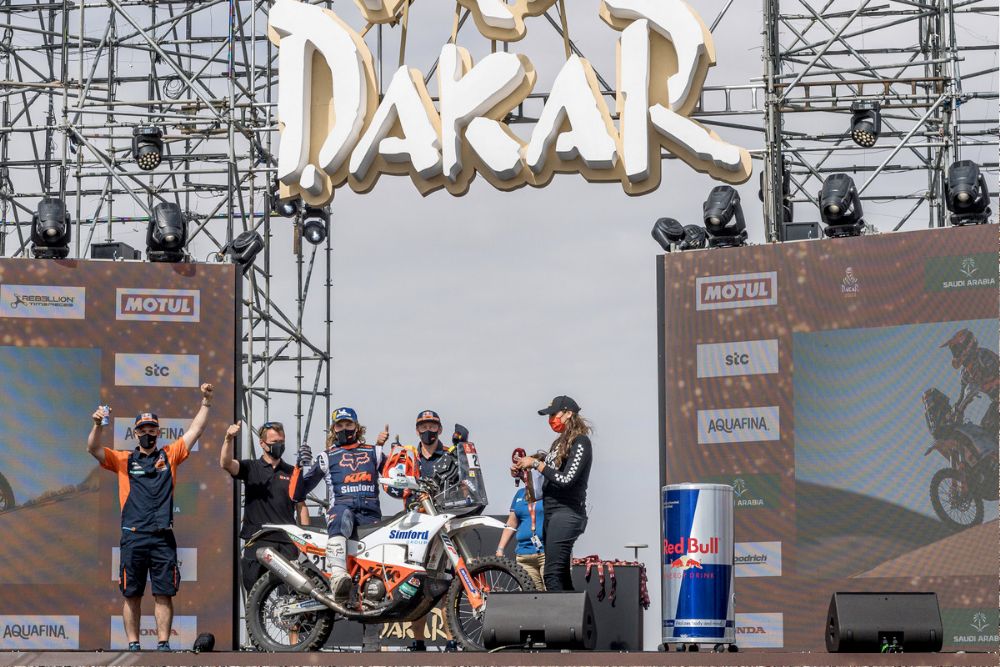 The 15th of January saw the 2021 Dakar Rally come to an end. The stages were treacherous, exhausting and brutal to all participants. Rookie Daniel Sanders had an amazing performance throughout the rally, coming 4th overall in the Bike Division and 1st in the Rookie Division. This is an outstanding accomplishment for Sanders, and an incredibly proud moment for the young Australian.

‘Hopefully this puts me on the map for the future. I really enjoyed myself and am stoked to come away with fourth place on debut, I really believe it’s only upwards from here. With more practise and time on the bike I think we can accomplish good things,’ Sanders finished.

Congratulations again Daniel Sanders and everybody from the KTM Factory Racing team!

Wanting to keep up with the latest news, events, reviews and specials? Subscribe to our monthly newsletter today, and stay in touch with current releases, exciting motorcycling events and be the first to hear about our upcoming specials.